The reason theatre tickets for London shows are continually a popular gift choice is simple: there is a show for everyone out there. Giving someone a trip to a show as a birthday, Christmas or romantic present can feel that little bit more personal than flowers or a box of chocolates as thought has gone into the choice to tailor it to the recipient's taste.

Theatre has always been a popular form of entertainment. Film dvds and television programmes are all well and good and can of course be enjoyed in the comfort of your own home, but there is something very special about a live theatrical performance. No two performances can ever be the same and the immediacy of being metres away a from a live production can be electric. The overall atmosphere in a theatre makes a trip more of an event than simply curling up on the sofa at home. Many of the West End's larger theatres are breathtakingly designed and steeped in history, whereas smaller venues can convey their own unique sense of intimacy. Most theatres don't enforce a strict dress code these days, however there are plenty of theatregoers who still feel that dressing up is an important part of the experience. Sitting in a box may not give you the best view of the stage, but nothing quite beats those jealous gazes from the rest of the audience if you do enjoy a little pomp and circumstance. 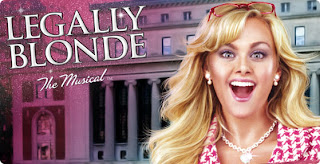 Theatre does not get left behind in these celebrity times either.  In the same way that music concerts bring the thrill of seeing your favourite artist up close and personal, the atmosphere of live theatre affords a similar kind of excitement. With more and more recognisable stars treading the boards, whether home-grown or from across the pond, theatre gives the public a chance to be in the same room as their idols. Numerous productions see significant pre sales boosts when a 'star' name is attached.  In recent years, tv talent shows searching for new West End stars mean that the public is already invested in the winner, and feels a connection to them when they see them on stage as they have helped them get there. This sense of 'ownership' gives theatre an inclusive feel.

Familiarity is another thing that brings people back to the theatre. The glut of musicals based around groups' or singers' back catalogues is a testament to this. Many audiences go back numerous times to watch their favourite artists' songs dramatised in the company of like-minded fans. For diehard fans repeat visits can enhance the experience, like a Rocky Horror Show effect; for theatre newcomers and foreign visitors with less of a grasp of the English language, advance familiarity with some of the songs can ease their understanding and enjoyment of the show. Similarly the enduring popularity of plays by Oscar Wilde, Shakespeare or Arthur Miller for example illustrates that audiences warm to repeat viewings of classic plays.  Even when they know the outcome, this doesn't offset the pleasure a different cast, director or staging can bring to an old classic.

Theatre appeals to all ages. Family friendly musicals and children's book adaptations are perenially popular as the excitement a child feels going to the the theatre is always palpable. The memories a family theatre trip can create are priceless. A number of venues are committed to showing diverse playwrights whose work deliberately challenges and stimulates for those looking for something edgy and new. Senior citizens and students are often able to enjoy discounts on shows in the week or on matinees. For the money conscious of any age bargains can also be snapped up by eagle-eyed website surfers as ticket agencies may offer certain shows at less than their face value.

Theatrical productions are of course culturally stimulating also. As well as giving people a window to the different day to day lives people may have lived to us today, we can see how the ramifications an adulterous affair, a child out of wedlock or a shocking secret may have been wildly different a hundred years ago - or conversely how little things have changed. Theatre is often thought-provoking, and many modern day pieces challenge the audiences perceptions of how they think people from other cultures, countries or lifestyles are.  There is something about the immediacy and 'realness' of theatre that is able to confront, challenge and inspire an audience in a totally different way to a pre-recorded film.

There is also a sense of luxury to a trip to the theatre, which is why theatre tickets for London shows can make such a refreshing gift.  In these financially challenging times less and less people are holidaying abroad and are seeking out recreation at home. Even so, sometimes a trip to the theatre can feel a little lavish, so to be presented with theatre tickets can be a real unexpected treat.  Many theatres and ticket agencies also sell their own theatre vouchers these days. This takes away the buyer's pressure of knowing what the recipient may want to see whilst at the same time ensuring that the giftee has to spoil themselves.  Money in a card can all too often end up going towards a ghastly gas bill!  The continuing steady sales of tickets confirms that theatre is still fulfilling an important role in the nation's entertainment spectrum.   There doesn't seem to be any sign of this changing any time soon.
Tagged as
Features