Here are some interesting facts and statistics about the plays, musicals and theatres that make up London Theatreland.

The following chart shows the longest running shows staged in the West End with the number of consecutive years they have performed:

Some of the shows have changed venue over the years, but all are still running and all have been performed continually since their opening.

The world’s longest-running theatre show is Agatha Christie's The Mousetrap by which has been running for 58 years. The Mousetrap first opened on 25 November 1952 at the Ambassadors Theatre where it ran for almost 22 years. On 25 March 1974, the production moved to the nearby St Martin’s theatre, where it has remained ever since. The Mousetrap has now run for over 24,000 performances. 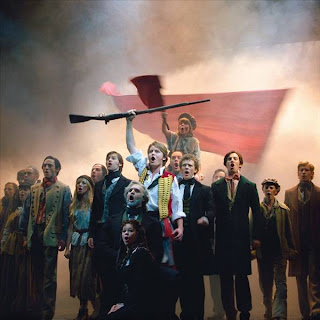 The longest running London musical is Les Misérables. The Cameron Mackintosh-produced musical celebrated its 25th birthday in October 2010. Set during the French Revolution, it first opened at the Barbican on 8 October 1985 before moving to the Palace theatre in December that year. It stayed at the Palace Theatre until March 2004, when it transferred to the Queen’s Theatre. On 8 October 2006, Les Misérables celebrated its 21st birthday, equalling the record for the West End’s longest running musical set by Andrew Lloyd Webber’s Cats. With every extra performance Les Misérables sets a new target for the rest of the West End to aim for.

With estimated costs of £12.5 million the musical version of The Lord Of The Rings was the most expensive West End show ever. This eclipses the previous holder of the record, Chitty Chitty Bang Bang, which was reported to have costs of around £6.2 million. Both shows didn't fare well in the longevity stakes however, and neither even came close to entering our top 10 chart.

Whether old productions or new, London Theatreland has a lot to still offer!
Tagged as
Features