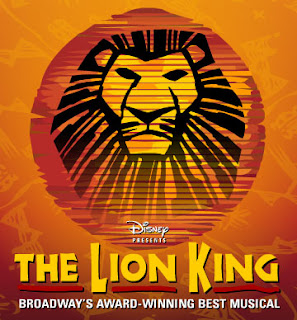 According to The Stage newspaper, on January 2, 2011, the New York production of Disney musical The Lion King will play its 5,462th performance, making it the seventh longest-running show in Broadway history. That's a whole lot of Lion King tickets!

Directed by Julie Taymor, the Lion King will also reach a second milestone on that date as it passes the performance total of Beauty and the Beast, making Lion King the longest-running Disney show to appear on Broadway.

“It’s enormously gratifying to the whole creative team to see our show move up this rarefied list,” said Thomas Schumacher, producer and president of Disney Theatrical Productions. “The Lion King’s continued success is a testament first to Julie Taymor’s original vision, which continues to astonish, and to the men and women onstage and off who create the magic each night. Thanks to them, performance 5,462 is as powerful as opening night.”

If Disney's The Lion King runs another two years, it will move into 5th place in the Broadway longevity category. If it runs three more years, it will overtake Les Miserables (currently third on the list). However, Lion King will need to run five more years to pass Cats, now in second place. Still running, and both ahead of The Lion King, are Chicago (in sixth place with 5,868 performances) and The Phantom of the Opera, in first place with 9,539 performances and counting. (All totals are as of January 2, 2011.)

Disney's The Lion King is in its 11th Year in London's Lyceum Theatre and Lion King tickets are as popular as ever!
Tagged as
FeaturesBroadway