London Theatre 2011 has plenty to offer for the theatre-goer with lots of new plays opening. What will you be off to see this year?

For new plays opening in the West End there is plenty to look forward too with exciting new productions by top directors starring some of stage and screen's most famous names. We would say book up now to avoid missing out as we have seen how a big name attracts theatre-goers from around the world who want to see the best that the West End has to offer.

So what are some of the highlights? Here is what we are looking forward to:

An Arthur Miller play always draws an audience and attracts great actors. Last year we saw All Our Sons play sell out shows as well as winning many awards. We can expect Broken Glass to be another such hit on at the Vaudeville Theatre. Broken Glass is an Olivier award winning play set in New York in 1938 which tells the story of a couple affected by the infamous attack on Jews known as Kristallnacht in Germany. The play will star Antony Sher and Tara Fitzgerald. 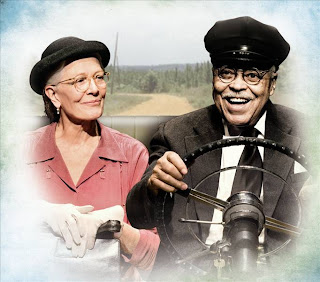 Who doesn't love to see a Redgrave on the stage? Part of probably Britain's finest theatrical family, Vanessa Redgrave brings her sell out Broadway production of Driving Miss Daisy to the West End at the Wyndhams Theatre, incidentally a London Theatre 2011 success already with the amazing sell out of Much Ado About Nothing starring David Tennant and Catherine Tate. Even more exciting is that she is co-starring with James Earl Jones also a Tony and Oscar award winner. This pulitzer prize winning classic was made into a beloved Oscar winning film and now will be part of the exciting autumn line up in London.
Another classic film being staged is Cool Hand Luke. The film of course starred the iconic Paul Newman but this production starring well know TV actor Marc Warren will be more focused on the original prize winning novel by Donn Pearce rather than being a copy of the film. Following Aldwych's theatre long running musical, Dirty Dancing this looks set to be a powerful adaptation worth seeing.

Apart from these new shows, Trevor Nunn continues his acclaimed season as Artistic Director at The Theatre Royal, Haymarket. This London Theatre 2011 has seen Sienna Miller as part of the Terrence Rattigan centenary in the production of Flare Path, now has the actors from The History Boys starring in Tom Stoppard's comedy Rosencrantz and Gilderstern Are Dead, will be followed by Ralph Fiennes starring in The Tempest and tops of the year with the classic The Lion In Winter starring Joanna Lumley and Robert Lindsey - not a bad year!!

Add the fact that Mark Rylance is back in the West End after winning Best Actor at the Tony Awards with his award winning play Jerusalem and you have to agree that London Theatre 2011 has been and will be an exciting year for the theatre-goer!
Tagged as
Features