Trying to get Royal Wedding tickets?

You might not get an invite to the event of the year but it is going to be a special time to be in London to enjoy the unique atmosphere that the Royal Wedding will bring to London.

The wedding marks the start of a four day weekend, ending with the May Day bank holiday on 2nd May. Alongside all the special menus, themed cocktails and souvenirs available in the run up to the wedding, the long bank holiday weekend also sees a special event taking place at the Southbank Centre with alt rock musician Billy Bragg, as well as a royal wedding themed party from fancy dress experts Club de Fromage. 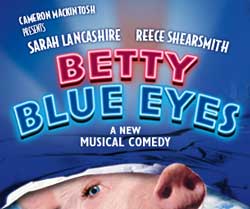 London spectators can catch glimpse of Kate Middleton on her way Westminster Abbey before the wedding, and after the marriage ceremony the newlyweds are taking part in a carriage procession towards Buckingham Palace.

Before the wedding service starts at 11am, Kate Middleton will travel to Westminster Abbey by car. Royal fans wishing to catch sight of the bride before she makes her grand appearance at the cathedral may well be able to see the car as it travels along the royal wedding route. London landmarks and roads on the route include The Mall, Horse Guards Parade, Whitehall and Parliament Square.

After the wedding at Westminster Abbey, Prince William and his new wife will take part in a carriage procession back to Buckingham Palace before attending a reception with the Queen and a private dinner hosted by Prince Charles. The processional royal wedding route London spectators can follow runs from Westminster Abbey to Parliament Square, Whitehall, Horse Guards Parade and The Mall before ending at Buckingham Palace.

To celebrate the eagerly anticipated royal wedding, The London Eye site is being decked out in Union Flag bunting for a patriotic feel to the proceedings. As well as the fluttering decorations, the lights on the observation wheel will turn red, white and blue on the evening of the wedding.

Keeping with the Royal Theme, you can book up for Betty Blue Eye tickets to go back in time to another Royal marriage - the then Princess Elizabeth and Prince Philip and if you need a break from the crowds and all the Royal pomp and ceremony, there are many more amazing theatre tickets to book for from anything as traditional and long running as Les Mis, Billy Elliot, The Lion King and The Mousetrap to new London plays such as Noel Coward's Blithe Spirit, Flare Path and In a Forest Dark and Deep.

Then when you need a rest, take a dinner cruise down the Thames to get a different perspective of spectualar London  gliding by the Tower of London sipping a cool glass of Chablis, enjoying an excellent meal while you watch the sights of historic London and dancing as you drift under a moonlit Tower Bridge.

So take advantage of a moment in history to the enjoy the extra long bank holiday and try to get the normally hard to come by tickets!  They might not be Royal Wedding tickets but there is plenty more to enjoy when you make your London Royal Wedding trip!
Tagged as
Features