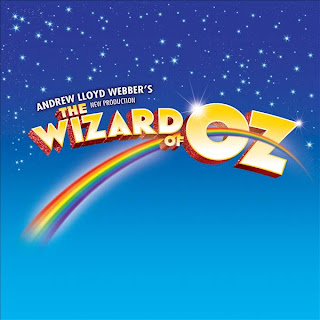 The Wizard Of Oz tickets are still selling strong as Andrew Lloyd Webber's production continues to amaze audiences at the London Palladium Theatre with 8 enchanting performances a week. The show which was adapted by Andrew Lloyd Webber and Jeremy Sams opened on 1 March 2011 with previews from 7 February. It is Webber's 18th musical.

The lead role of Dorothy is played by Danielle Hope who was chosen on the popular BBC television talent series "Over The Rainbow". Michael Crawford plays the role of the Wizard, Hannah Waddingham plays the Wicked Witch of the West and the runner up of the television series Sophie Evans plays Dorothy on Tuesday evenings.

The Wizard Of Oz stage production, based on the 1939 film The Wizard Of Oz, contains all the much loved songs from the original Oscar winning musical score plus some new songs by Andrew Lloyd Webber. The 1939 film was based on the novel from 1900 by L. Frank Baum "The Wonderful Wizard Of Oz". The story follows the adventures of a young girl named Dorothy Gale. She is swept away from Kansas with her home in a tornado and wakes up in the Land of Oz. She then must make her way through the Magical Land of OZ to meet the Wizard and ask him to help her get home. Along the way she meets three friends The Tin man, The Scarecrow and The Lion who help her defeat the Wicked Witch of the West and finally return home to her family in Kansas.

The 1939 film was initially a box office failure. It was MGM's most expensive project up to that time and the initial release failed to gain the company's money back. Subsequent release did however make up for that and the film was nominated for several Academy Awards winning two, one for Best Song (Over the Rainbow) and one for Best Original Music Score. It was also nominated for Best Picture but lost to Gone With The Wind. It is now one of the best known stories in the world and many quotes from the film have been recognised by the American Film Institute including "Toto, I've got a feeling we're not in Kansas anymore", "There's no place like home", "I'll get you, my pretty and your little dog, too!" and "I'm melting! Melting! Oh, what a world! What a world!" to quote just a few.

If you haven't seen The Wizard Of Oz on stage yet, then follow the yellow brick road over to the London Palladium Theatre and join Dorothy and her friends as they make their enchanting journey through the magical land of Oz to meet the Wizard.
Tagged as
Features