It has been announced that Beverley Knight, star of The Drifters Girl at London's Garrick Theatre, will be performing as part of Andrew Lloyd Webber's test pilot for staging safe shows. The socially distanced performances will be held this week at the London Palladium, where Lloyd Webber was recently met by Culture Secretary Oliver Dowden right before the MP unveiled a new £1.57 billion performing arts bailout scheme.

It has been confirmed that singer and actress Beverley Knight (Cats, Chess) will take the stage at the London Palladium this week as part of Andrew Lloyd Webber's pilot shows initiated by the musical theatre impresario and the UK Government to test safe performances.

All tickets for the Thursday matinee show at 2pm have already been claimed. 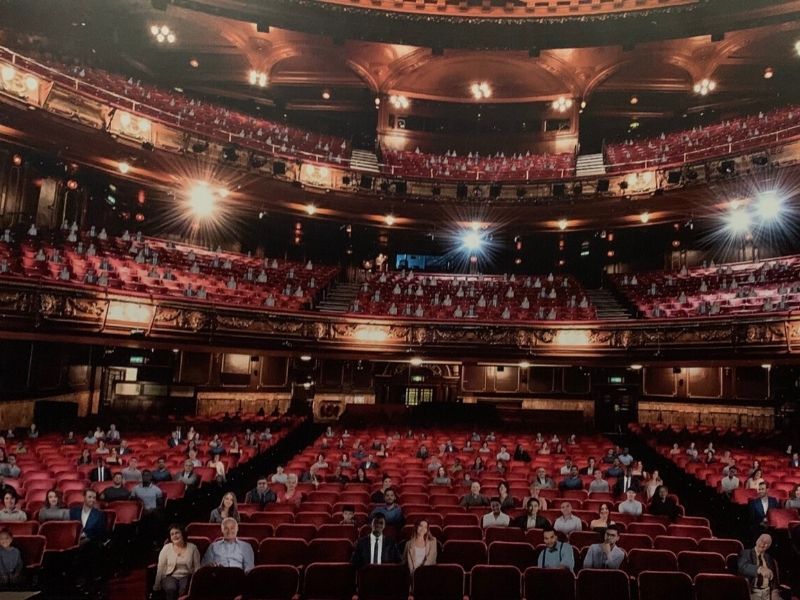 Pictured: What socially distanced performances at the London Palladium are projected to look like. © @WillGompertzBBC

Venue owner and composer Andrew Lloyd Webber recently revealed in an interview for the BBC the new gadgets he had ordered. The new equipment includes temperature scanners that match faces with readings to alert in-house staff of who might be ill.

Another fancy piece of equipment is an anti-viral demisting machine, which has been imported directly from South Korea "where the theatres are open and full. It sprays you." BBC presenter Will Gompertz tested out the anti-viral spray machine, which allegedly looks like it came straight from a retro episode of Doctor Who. Will we still see Beverley Knight in The Drifters Girl musical this autumn?

Unless the tables turn, the turntable will spin for The Drifters Girl starring Beverley Knight. Pending a successful pilot, it is likely indoor performances will recommence on 1 August with socially distanced performances until the allowed indoor capacity continues to increase. And if the pilot shows really go over well, we may just see full capacity sooner than we think!

🎟️ Book tickets for The Drifters Girl showing at the Garrick Theatre in London from £24 and up.