Don't worry, Dear Evan Hansen fans, you will be found... in 2021! The hit West End musical will not disappear 'for forever' but instead will be reopening as soon as it becomes practical next year, the production team have confirmed. After smashing box office records on Broadway in 2016, the immensely popular show transferred to London's Noel Coward Theatre in Autumn 2019 with a stellar cast led by Sam Tutty in the eponymous role.

Despite the UK Government giving the go-ahead for indoor performances to resume on 1 August pending successful pilot testing, Dear Evan Hansen will not be re-opening this year as the most optimist of theatregoers could have hoped. In fact, due to reduced capacities and restrictions, it will not likely be practical for many shows to re-open right away. Nevertheless, Dear Evan Hansen will indubitably return to the West End stage in 2021 as soon as practical, as confirmed by the show's production team.

A statement from the producers of Dear Evan Hansen

The show's producers said: "Due to the continued uncertainty around timings for a safe return for theatre productions, the producers of Dear Evan Hansen have had to make the very difficult decision to delay the recommencement of performances at the Noël Coward Theatre. Return dates for the production will be planned for as early as practical next year (2021) taking into consideration further advice and guidance from the Government including social distancing measures."

I have tickets to cancelled London performances of Dear Evan Hansen, what do I do?

Ticketholders to Dear Evan Hansen will be automatically contacted by their point of sale in the coming weeks to arrange for a voucher or refund. Please note that refunds are generally not processed until at least 14 business days after a performance was due to take place, sometimes longer due to unprecedented call and email volumes. We kindly ask for your patience as we do our best to process all requests in a timely manner.

The London transfer production of Dear Evan Hansen centres on a high schooler with severe social anxiety who falsifies a series of letters and messages from a deceased classmate in order to become the new popular kid in school.

📧 Sign up four mailing list to get Dear Evan Hansen West End updates delivered straight to your inbox and be sure to follow our news pages for all the latest important London theatre and UK theatre announcements. 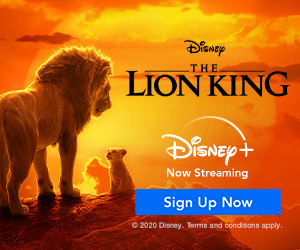