Jessica Koravos corrects Mackintosh, says Phantom WILL return to the West End in its original version

The plot thickens. Jessica Koravos, president of Andrew Lloyd Webber's Really Useful Group, has provided a further explanation on the murky fate of The Phantom of the Opera in London's West End, stating that Cameron Mackintosh didn't mean to say that the show itself would be "permanently" closed. Read the full scoop below.

No, wait! He didn't mean that! Phantom to return to the London stage after all...

It's been a rough week for Phantom of the Opera fans. The whole West End was shook after Cameron Mackintosh stated in his Evening Standard article earlier this week that the show would "permanently" be shutting down. It also didn't help that the musical's iconic chandelier was photographed being wheeled out of Her Majesty's Theatre, thereby adding fuel to the fire. 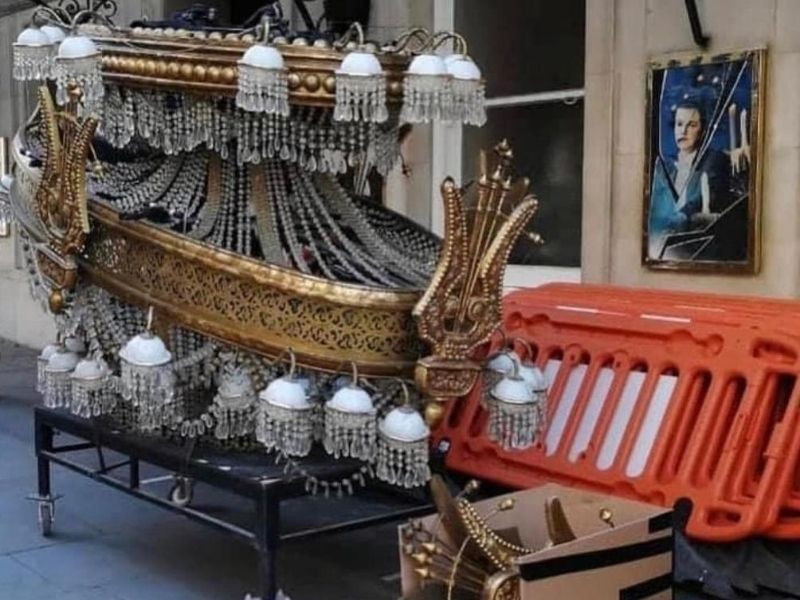 However, it didn't take long for Andrew Lloyd Webber to chime in and contradict Mackintosh's original statement. The next day, the musical's iconic composer took to Twitter to say: "As far as I'm concerned, Phantom will re-open as soon as is possible."

ALW (who recently was forced to postpone his new Cinderella musical starring Carrie Hope Fletcher due to the coronavirus pandemic) didn't specify which version fans would be getting for the show's return, which caused even former Phantom actor John Owen-Jones to speculate that a "leaner" version of the show would be the one to return.

Now, Jessica Koravos, has offered some more clarity on what exactly is going with Phantom. The president of Really Useful Group told The Stage today that Mackintosh's particular phrasing was not entirely correct and that what he actually meant to say was that "we have closed down the production entity" rather than shutting down the entire show.

What will be different about Phantom of the Opera when it returns to the West End?

Koravos' statements do seem to line up with a recent press release published a few weeks ago by the production team that stated "a period of extended closure is urgently needed" in order to repair both Her Majesty's Theatre and the actual musical itself.

She also provided us with some more juicy details about the musical, revealing that "this will be the first Phantom production that happens completely without the involvement of Hal Prince" while still preserving what was originally in place.

This is a developing story. Stay tuned for more details.

📧 If your love never dies for The Phantom of the Opera, then be sure to sign up for our mailing list to have all the important plot twists updates for this West End favourite sent straight to your inbox!
Tagged as
NewsProductions